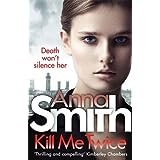 A beautiful model’s death uncovers an ugly conspiracy stretching all the way to Westminster in Rosie Gilmour’s darkest case to date. When rags-to-riches Scots supermodel Bella Mason plunges to her death from the roof of a glitzy Madrid hotel, everyone assumes it was suicide. Except that one person saw exactly what happened to Bella that night, and she definitely didn’t jump. But Millie Chambers has no one she can tell – alcoholic, depressed herself and now sectioned by her bullying politician husband, who would believe her? And that’s not all Millie knows. Being close to the heart of Westminster power can lead to discovering some awful secrets…Back in Glasgow, Rosie’s research into Bella’s life leads to her brother, separated from her in care years before. Dan is now a homeless heroin addict and rent boy, but what he reveals about Bella’s early life is electrifying: organised sexual abuse in care homes across Glasgow. Bella had tracked him down so that they could tell the world their story. And now she’s dead…As Rosie’s drive to expose the truth leads her closer to Millie and the shameful secrets she has kept for so many years, it becomes clear that what she’s about to discover could prove fatal: a web of sexual abuse linking powerful figures across the nation, and the rot at the very heart of the British Establishment…

I was slightly dubious about reading this book, as some of the writers Anna Smith was compared to (Kimberley Chambers and Mandasue Heller) are not authors I’m huge fans of. However, I needn’t have worried. Perhaps it was the fact that the book was set mostly in Glasgow, and with a lot of Glaswegian characters, but it also helped that I was plunged right into an exciting and fast-moving story straight from the off.

The blurb above tells you all you need to know about the story. It’s obviously topical, not just in the abuse of power by men in powerful places, but when talking about the extent that the heroin explosion from the ’90s onwards has wreaked havoc in huge forgotten swathes of the city – the bits they didn’t want you to see when the Commonwealth Games were on TV. But it’s not just the (not) working classes, where unemployment and drug and/or alcohol abuse are into their third generation, who suffer from drug problems – Bella, a millionaire model, uses cocaine to dull the memory of her abuse at the hands of the older men, and put on the bright energetic professional persona that’s nothing but a façade. However, she’s tiring of it, and her threats to go to the police about the abuse are what’s led to the “accident” that caused her death. Dan, her brother (although that identity’s a closely guarded secret) smokes heroin to shut out his memories. Then there’s Millie, who drinks too much so she can cope with her emotionally and physically abusive husband, and the fact she can’t have children. She also is aware of some explosive secrets from her husband’s time as Home Secretary. They all use different substances to obtain the same result.

Dan’s only real mate is Mitch, who approaches Rosie Gilmour, journalist and star of the series, about the fact that Bella has a secret brother. She’s already covering the story, and knows Millie Chambers was on the roof when Bella went over. Rosie’s editor, McGuire, always warns her that she gets too involved in stories, and this is true, particularly when it comes to Mitch and Dan. I don’t think it’s possible to be so soft-hearted and be a journalist; eventually you would develop a protective shell. You just have to.

Of course, there are people who don’t want Dan or Millie’s story told, and they have the financial wherewithal to hire people to do their bidding. Rosie finds herself fighting to keep her sources from being taken away from her, or in Dan’s case, killed.

Anna Smith’s years working for the Daily Record, which has for many years been the biggest selling paper in Scotland, aiming for the working class market, means she’s probably met and interviewed everyone from politicians to drug addicts. This definitely shows in her writing, particularly her dialogue, which rings very true. This is the sort of book I think Book Addict Shaun would greatly enjoy – as would anyone who’s looking for a fast-moving, topical, but not heavy-going, read with a cast of believable characters. I intend to keep my eyes open for other “Rosie Gilmour” books – this is the seventh, but works fine as a standalone.

With many thanks to Quercus Books for the e-book from NetGalley to review.