There’s a few books I’ve got that aren’t out until the summer. That doesn’t mean I’m not totally dying to read them, but as it’s unlikely I’ll read a book twice, I’ll just have to wait until nearer the time to get stuck into them. You may very well have them too, if they’re your bag, but I see little point in doing a mini-review of books that aren’t out for six months or so. But these are the ones on my Kindle I’m most excited about, and if the weather in June, July, and August respectively – that’s when these books are out – are anything like it is this morning at 8.30, it’s going to be a long hot summer of brilliant reading – hopefully down on the beach. So here’s my big summer reads…so far, at least: 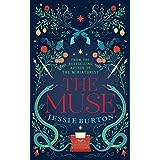 A picture hides a thousand words . . .

On a hot July day in 1967, Odelle Bastien climbs the stone steps of the Skelton gallery in London, knowing that her life is about to change forever. Having struggled to find her place in the city since she arrived from Trinidad five years ago, she has been offered a job as a typist under the tutelage of the glamorous and enigmatic Marjorie Quick. But though Quick takes Odelle into her confidence, and unlocks a potential she didn’t know she had, she remains a mystery – no more so than when a lost masterpiece with a secret history is delivered to the gallery.

The truth about the painting lies in 1936 and a large house in rural Spain, where Olive Schloss, the daughter of a renowned art dealer, is harbouring ambitions of her own. Into this fragile paradise come artist and revolutionary Isaac Robles and his half-sister Teresa, who immediately insinuate themselves into the Schloss family, with explosive and devastating consequences . . .

Seductive, exhilarating and suspenseful, The Muse is an unforgettable novel about aspiration and identity, love and obsession, authenticity and deception – a masterpiece from the million-copy bestselling author of The Miniaturist.

NOTE: This will undoubtedly come backed with a huge publicity campaign ahead of its release on 30 June. It’s that “difficult second book”, and although I’ve managed to control myself and only read the first few pages, I’m hoping it’ll be a hit for Burton. It’s unlikely to be as big as The Miniaturist, as these books only come along once in a blue moon. But I hugely enjoyed The Miniaturist, even though it was something of a modern tale taken back in time. But Jessie Burton seems such a lovely girl, and so genuinely shocked by her good fortune, I can’t help rooting for her! 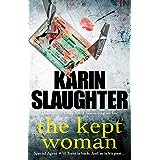 The latest novel in the Will Trent series from No. 1 bestselling author, Karin Slaughter.

A body is discovered in an empty Atlanta warehouse. It’s the body of an ex-cop, and from the moment Special Agent Will Trent walks in he knows this could be the most devastating case of his career. Bloody footprints leading away from the scene reveal that another victim – a woman – has left the scene and vanished into thin air. And, worst of all, the warehouse belongs to the city’s biggest, most politically-connected, most high-profile athlete – a local hero protected by the world’s most expensive lawyers. A local hero Will has spent the last six months investigating on a brutal rape charge.

But for Will – and also for Dr Sara Linton, the GBI’s newest medical examiner – the case is about to get even worse. Because an unexpected discovery at the scene reveals a personal link to Will’s troubled past. The consequences will wreak havoc on his life and the lives of those he loves, those he works with, and those he pursues.

But Sara’s scene-of-the-crime diagnosis is that they only have a few hours to find the missing woman before she bleeds out . . . 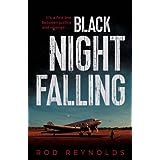 And now I stood here, on a desolate airfield in the Arkansas wilderness, a stone’s throw from Texarkana. Darkness drawing in on me. Cross country to see a man I never imagined seeing again. On the strength of one desperate telephone call…’

Having left Texarkana for the safety of the West Coast, reporter Charlie Yates finds himself drawn back to the South, to Hot Springs, Arkansas, as an old acquaintance asks for his help. This time it’s less of a story Charlie’s chasing, more of a desperate attempt to do the right thing before it’s too late.

Rod Reynolds’ exceptional second novel picks up just a few months on from The Dark Inside, and once again displays the feel for place, period and atmosphere which marked out his acclaimed debut.

Note: I didn’t get my proof of Black Night Falling at the same time as everyone else, but when I spoke to the lovely Rod Reynolds about it, he sorted it out and one arrived a few days later. What a lovely man… 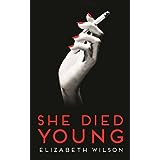 London, 1956. A young woman has been found dead in a hotel in King’s Cross. Broke her neck falling down stairs, the death certificate says. But Fleet Street journalist Gerry Blackstone thinks there’s more to it than meets the eye. Scotland Yard’s not interested in accidental deaths – if that’s what this is. But maybe he can convince Special Branch’s DCI Jack McGovern to investigate. Fortunately for Blackstone, McGovern needs his help. The new Superintendent wants to sweep out corrupt officers, and McGovern’s his broom. If Blackstone can keep news of the investigation out of the press, McGovern stands a chance of finding the bent cop.

Meanwhile, Oxford is filling with Hungarian émigrés fleeing the failed revolution. With the memories of Burgess and Maclean’s defection still raw, Special Branch is concerned that there could be Soviet spies among the genuine refugees and wants McGovern on-hand to keep an eye out.

As McGovern carries out his casework in Oxford and Blackstone investigates behind the scenes in London, clues start to emerge that, somehow, this might all be linked. The deeper they look, the more unrelated characters with shady pasts start to complicate the picture: the well-to-do madam, the Classics Professor, the East London crime boss, the Oxford doctoral student, the fiery Hungarian immigrant, the government minister … does it all lead back to the dead girl in King’s Cross? Or is there something even more sinister going on?

NOTE: This sent to me by the same lovely publicist who introduced me to Adrian McKinty and the Sean Duffy series, as well as Cathi Unsworth‘s Without The Moon – which made No.1 in my books of the year last year (I really must get round to reviewing it, but I’m unsure if my vocabulary will be able to get across to you it’s sheer brilliance.) This is the latest one she’s sent me, and has just what I love – beautiful women, dangerous men, spies, secret government departments, in a recent historical setting. BLISS…This particular one’s out now, if it sounds like your cuppa tea.

Undoubtedly I’ll have more “summer must reads” as the summer comes upon us, but what I’d love to know is – what reads are you looking forward to this summer? Or, like me, saving for summer? Please leave it in the comments below – and if you haven’t already subscribed to crimeworm, just keep scrolling right down and down – and you’ll see the box. I’d love to have you on board!