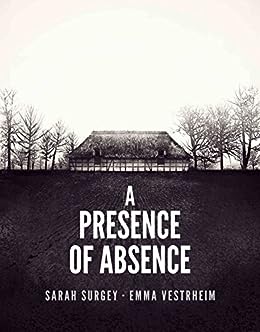 British detective Simon Weller escapes the fallout from the recent suicide of his Danish wife, Vibeke and heads out to her home city of Odense. But once there he is paired up with a local detective, Jonas, who is also about to hit rock bottom in his home life and they must overcome their differences and personal problems to try and catch one of the worst serial killers Odense has seen in many years.

The case takes them back into past decades as history starts catching up with some of the local inhabitants.

When Simon realises that his wife’s suicide may not be all it seems and her name appears in the case, his integrity within the case is compromised, how far will he go to find out the truth of Vibeke’s past and hide it from his already troubled police partner?

Back home in London Simon’s family are struggling with their own web of lies and deceit and the family is falling apart.

With one family hiding a dark secret, the whole case is just about to reach breaking point.

This is the first in The Odense Series, a collaboration between two authors, one British, one Danish – and it makes for a refreshingly original read. Our protagonist, Simon Weller, is ill with grief over the suicide of his beloved wife, Vibeke, and drinking himself into oblivion daily. He abruptly moves to her hometown in Denmark where they own a holiday cottage, and in desperation applies to the police department there. Despite his blunt statement that he doesn’t know the language, he’s accepted due to his experience as a detective in London, and is paired with Jonas, who’s regarded as not much good for anything bar writing parking tickets. He ruined his career in a foolish incident years previously in which he broke the law to obtain evidence. In doing so he destroyed an important drug case the department had spent months working on. Also, it doesn’t help his self-esteem that he’s emasculated by his career obsessed, control-freak wife, Brigitte – who’s a fabulously horrid creation!

Despite Simon and Jonas making an unlikely pair, as the only available detectives they’re sent to investigate the murder of Elsbet Sorensen. She was the daughter of wealthy members of the town’s society. Discovered by the town busybody, she’s suspended from a lamppost, with hay stuffed in her mouth. Elsbet had worked as a teacher at a highly prestigious local boarding school.

The duo’s caseload increases when there’s another body found with the same “hay in the mouth” signature – an ex-teacher at the same school. But the school’s acting head is making life difficult for the detectives, terrified of any bad press.

Back in the UK, Sanne, Simon’s daughter, is angry at her father’s behaviour and preoccupied by his sudden departure. Her brother, Thomas, who works with Sanne’s husband Michael, is becoming suspicious of his brother-in-law’s increasingly erratic behaviour. When looking in his office for evidence of an affair – the first thing that springs to mind – he finds a slip of paper with his late mother’s name written on it, along with the word “bitch.” They weren’t particularly close, but nor were they on bad terms. And why did his phone bill show Michael had been telephoning Vibeke relentlessly for months, sometimes during the night?

Simon then has to risk Jonas’s wrath when he admits to doing something incredibly stupid that could possibly hold up the resolution of the murder case. But before they can act on this, another body is discovered…

The book moves rapidly between Sanne, Michael and Thomas in London, and the murder investigation in Denmark. It’s a satisfying read, and shows great promise for future books. There’s a great cast of original characters who people Odense, and Simon and Jonas are definitely a pair I’d like to read more about. Simon’s family’s problems in London add depth and a human touch in juxtaposition to the murders.

I’ve read the synopsis of the second in the series, The Enlightened, and it sounds absolutely great, continuing some of the storylines brought up in A Presence Of Absence. I’m just a bit gutted we’ll have to wait until December for it!