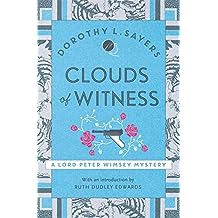 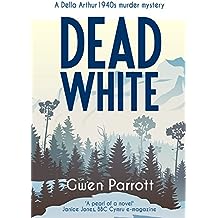 When I was around sixteen, an aunt invited me to take some books from a bookcase belonging to the lady whose companion and housekeeper she’d been for nearly fifty years and who had recently died. Even back in the 1970s, that form of employment was archaic. Having been born a bookworm, I gathered a few promising tomes, little knowing that what I had chosen would influence me for the rest of my life.

They were early Gollancz editions of the Lord Peter Wimsey novels of Dorothy L. Sayers. To say that I devoured them doesn’t begin to describe it – I read and re-read them, and during the long summer vacations while I was home from University, I looked forward to starting with the first one ‘Whose Body?’ and working my way through to ‘Busman’s Honeymoon’, before I had to go back to Anglo-Saxon and Ezra Pound.

And I’m still doing it, although not so regularly. Every few years, I catch sight of them on the shelf and find myself drawn into that world again. ‘Clouds of Witness’ is next in line – where Lord Peter’s brother, Gerald, the Duke of Denver, is accused of murdering his sister’s fiancé. I suppose I look at them with different eyes now. When I was young, I was astonished at Dorothy L. Sayers’s wide-ranging scholarship, and thorough research. That’s still striking, but I’m more aware, as I grow older, of what influenced her. I keep hearing P.G. Wodehouse in Peter Wimsey’s voice – he’s really Bertie Wooster with brains, and his imperturbable valet Bunter is, of course, Jeeves.  I’m particularly looking forward in ‘Clouds of Witness’ to the incredible fact that the letter which explains everything at the end is written in French – and is not translated! It appears that in the early editions Dorothy L. Sayers could not be persuaded by her publishers that an English translation was required. How about that for believing in the erudition of your readers?

That’s why she’s always been the author to aim at, for me. She knew that the detective novel could  be more than just pulp fiction. She used all her considerable intellect in her plots and her detailed descriptions of life in the 1920s and 1930s, and never short-changed her audience. When I’m thinking of a new ‘Della Arthur’ novel, I keep her example in mind.

Gwen Parrott is the author of ‘Dead White’ (Kindle), a murder mystery set in snow-bound Pembrokeshire, South Wales in 1947, featuring Della Arthur, a local schoolteacher. The second book in the series ‘Beyond the Pale’ will be published shortly on Kindle. In her other life, Gwen is a Welsh language translator.

5 thoughts on “My Next Read – Gwen Parrott”